We’ve all heard stories of heroic pets protecting their owners from snakes, fires, rattlesnakes and myriad other hazards. These action hero pets are truly remarkable, but this story is about another kind of hero, a cat who’s helped save not one, but two lives by alerting his owners to serious medical conditions.

Hobbs was around 8 years old when Boots Dumbaugh, from Florida, adopted the tomcat. He was fiercely independent, not wanting to be touched or held by anyone. Nobody could have described him as affectionate. So, it came as a huge surprise to Mrs Dumbaugh when, out of the blue, Hobbs began sharing her and her husband’s bed. Not only that, he was sleeping on her stomach every night without fail.

At first it seemed like there was something wrong with the cat, but it showed no symptoms or any signs of distress. Finally, Mrs Dumbaugh realised Hobbs was concerned about her and wanted to warn her about something. Not knowing what else to do, she visited her doctor for a check-up and that’s when the truth was revealed. She was diagnosed with stage three gynaecological cancer. She was treated and when she recovered Hobbs stopped sharing the bed and returned to his independent ways.

For a time, at least. Having not slept in the couple’s bed for years, once again, out of the blue, Hobbs returned. Only this time he slept on Mr Dumbaugh’s back. In light of her own experience, Mrs Dumbaugh insisted that her husband visit the doctor. He was diagnosed with colon cancer.

Neither Boots nor her husband had any symptoms when Hobbs warned them about their respective medical issues. But by helping them get early diagnoses, there’s no doubt he gave them the best chance of beating the diseases.

Mrs Dumbaugh is forever grateful to Hobbs for giving her and her husband their all-important “cat” scans. 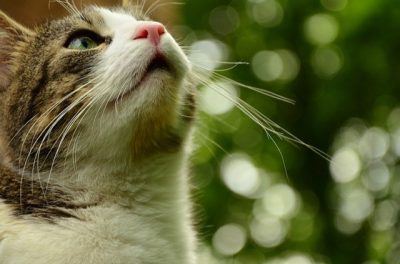